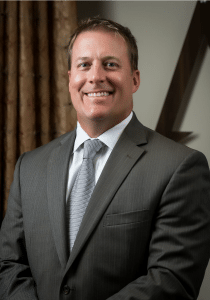 Blaze is a native of Southwest Louisiana and resides in Lafayette with his wife and two daughters. Blaze received his bachelor’s degree in 1990 from the University of Southwest LA. In that year he started his insurance practice with Metlife and became securities licensed in 1991. After Metlife he managed his practice at Cornerstone Financial Group where he served as President of Cornerstone Benefits and co-owner of Cornerstone Settlements. With 24 years in the investment and insurance industry he continues to focus with passion on his investment advisory services, with specialties in implementing retirement, investment and income plans. The move to Ahrens as an Investment Adviser Representative gives him and his clients’ access to a broad range of investment options and managers.

In his spare time Blaze enjoys duck hunting, an occasional round of golf, and spending time with his children and grandchildren. He is an active member of Kiwanis.